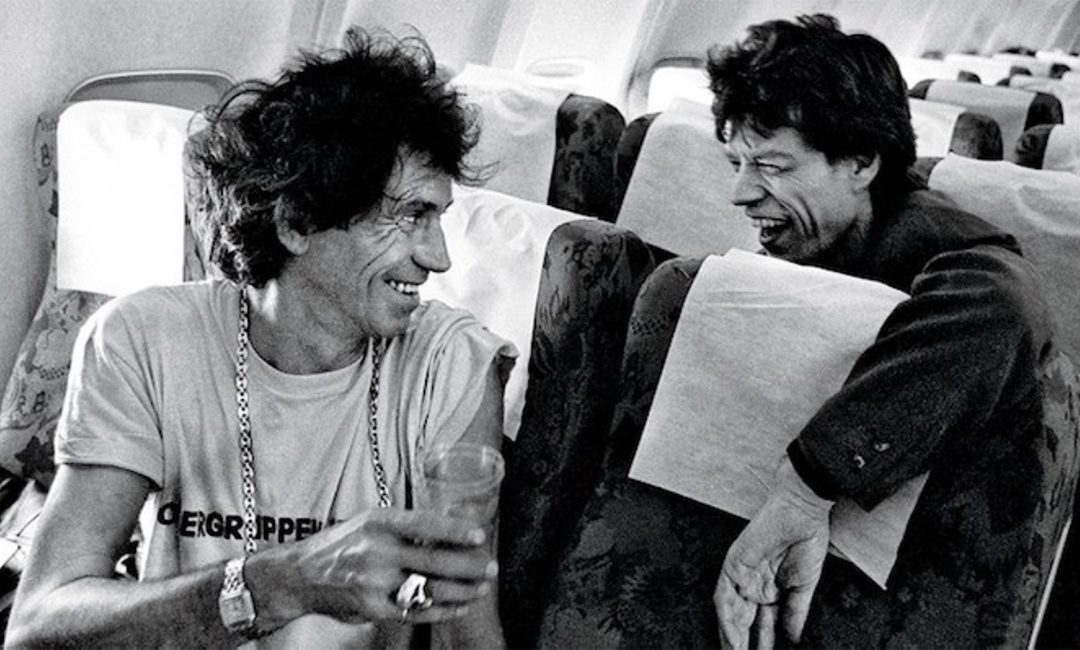 Creativity, success, reinvention according to the Rolling Stones by James Altucher.

Mick Jagger fooled around with Keith Richards’ girlfriend. I wouldn’t be able to work with someone after that. But maybe that’s why I’m an author. And not a rockstar.
The Rolling Stones became a new band every 5-7 years. They were “perpetual amateurs.”
That’s one of the keys to staying alive as an artist.

Or as an entrepreneur.

Or staying alive at all… “Remain the same but different.”

And be “open to influence,” Rich Cohen said. He wrote “The Sun & The Moon & The Rolling Stones,” an incredible book about the greatest rock ‘n’ roll band of all time, fate, creation, sex, influence and the art of reinventing yourself.
It was “the gig of a century:” touring with The Rolling Stones the summer of ‘94. Then Rich worked with Mick Jagger on the HBO series “Vinyl.”
But this story isn’t just about The Rolling Stones. It’s about creation, corruption and reinvention.
And the 9 ways you can reinvent yourself today:

1. Use your frustration
Rich became an artist out of anger. So did The Rolling Stones.
Rich’s father told him “blood-soaked bedtime stories” about the Jewish gangs of New York.
“There was this idea where I grew up that if you were Jewish, certain possibilities were foreclosed to you.”
He wrote “Tough Jews,” which heavily influenced the movie “Goodfellas,” and later led to more mob media like “Boardwalk Empire” and “The Sopranos.”
“Everything’s connected,” he said.
Frustration is fuel for reinvention. Someone without problems won’t create. Instead, they’ll idly count money. And wonder where their smile went.
Frustration wrote, “I can’t get no satisfaction,” the song that Mick Jagger says “prevented us from being just another good band with a nice run.”
“There was this whole soap opera… A rock band not only has this great blues base. They also have someone who’s addicted to something, and they’ve got this weird relationship between the lead singer and the guitar player. They love and hate each other,” Rich said. “And they’re like brothers.”
They worked their tensions through the music.
And Rich worked his through writing.
“I was interested in this idea of expanding what it means to be Jewish and making it more complete,” he said. “And also the stories are so great.”
He wrote “Sweet and Low” about his grandfather who invented the famously pink sugar packet out of desperation.
He saw a single-sided stereotype about Jews. A good stereotype, “but still a stereotype.”
You have to find your frustrations. And invent from annoyance.

2. Remain open
Mick Jagger went to dance clubs in his fifties.
“We’d go out and have dinner or whatever. And then you go home. But he would go out… mostly because he wanted to see what was making kids dance.”
“A lot it’s driven by what goes on inside a person,” Rich said.
But it’s also about:
1 “remaining open”
2 “and willing to be astonished by new things“
That’s influence. And inspiration.
I read to write.
One of my favorite books, “Jesus’ Son,” is the drug addict’s version of “Huckleberry Finn.”
You have to take in the landscape. Find out what else’s out there. And combine it with your ideas.
The Rolling Stones “started out as record collectors with the best taste.”
Look at what you love and then…

3. Ignore the myth of age and wisdom.
Rich’s dad is 83. And he (generally) only accepts opinions from people his age.
“Listen,” Rich tells his dad, “you’re gonna run out of people you can listen to because there’s only a couple million of them left on the whole planet.”
“If something’s huge and people love it, I want to read it to see what the hell’s going on.”
If you hold your breath against change, your mind will cripple with your body.
Look at people 20 years younger than you.
See what they’re doing and…

6. Be the anti-
Everybody knew they’d get “love from The Beatles and sex from The Rolling Stones.”

5. Liberate yourself
I put step six before five.
You don’t have to go in order. Rules are only as real as you make them. And the more you follow them, the less freedom and control you have over your life.
The best way to change your life is to reinvent yourself. That’s why everyone dreams of doing something drastic. Quitting their job, flying across the country or getting a sex change. You’re finally listening to yourself. It’s liberating.
Start small.
Do your morning routine in reverse. Change the temperature of your shower. Order dessert first. I don’t care.
Just give yourself permission to stop holding yourself accountable to the little habits.
Because no one cares about that. Not even you…

7. Chase something
Jagger would go to Lennon’s apartment on the Upper East Side. Leave him notes. And rarely hear back.
“Everybody has someone they want to hang out with who won’t hang out with them,” Rich said.
Reinvention is a mystery.
“A lot of it is driven by anger and openness. And being willing to be astonished by new things. One good way to keep reinventing yourself is not to be too successful, actually,” Rich said.
You have to “feel like you’re chasing something all the time… [something] you can get but just can’t quite get.”
I asked Rich, “Do you think John Lennon liked Mick Jagger?”
It doesn’t seem like John Lennon would like Mick Jagger.
Their relationship is weird.

9. Never stop re-inventing
In the beginning, they ripped off blues bands.
“And then in the ‘70s, they kind of turn and get into reggae. And it’s a whole new thing”
“Then Mick Jagger goes to Studio 54 and discovers disco. And suddenly they have this album that’s like a fight between disco and the blues caught on vinyl and that’s ‘Some Girls.’”
Rich says that was their last great album. Because they stopped reinventing themselves. It’s the death of every good artist. Your skill withers, your brain atrophies and your fans move on.