How to obey your instinct as a photographer 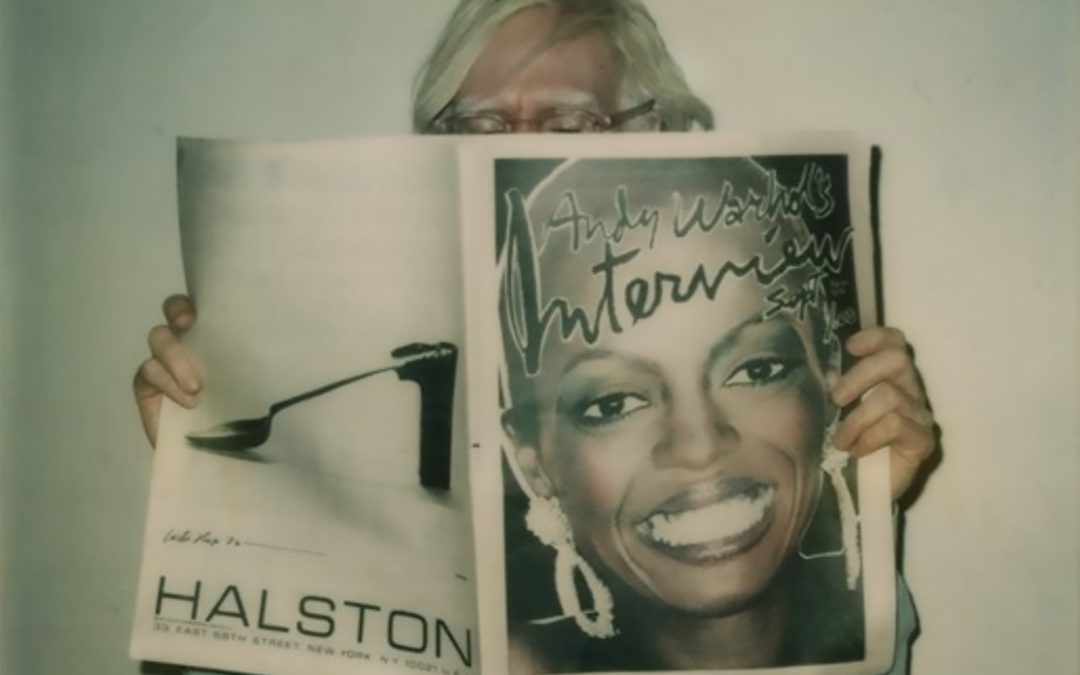 In the 1976, Christopher Makos travelled to Fregene, Italy, where he briefly apprenticed for Man Ray. The legendary artist, who took Surrealism and Dada to new heights, was in his later years, yet the octogenarian remained very crisp, lucid, and creative. He imparted upon Makos a key piece of advice, “Obey your instinct,” which the young photographer fully embraced in both art and life.

Knowing that your gut reaction speaks the truth long before your mind has time to process the information, Makos brought this edict to every aspects of his work, from editing photographs to authoring 21 books. Among the tools of his trade was the Polaroid SX-70, the classic instamatic camera that revolutionised the photography world. With just one press of the button, you could take the shot and a print would emerge. It was the perfect embodiment of Man Ray’s faith in the intuitive process for creating art.

Last month, on the 80th anniversary of the Polaroid brand, the company launches Polaroid Originals and debuts with the OneStep 2 camera, along with colour, black-and-white, and special edition film, recapturing the magic of analogue photography in its most immediate form.

In the four decades since May Ray’s death, his words continue to guide Makos in the creation of art. As a member of the Factory from 1976 through 1986, Makos honed his skills alongside some of the greatest talents of the era, capturing them in photographs made for both work and play. He shares his wisdom and insights garnered from a life spent honing his instinct and following his intuition.

“What I learned through Man Ray’s advice is: when you looked at the contact sheet, what jumped out at you first? Usually, that is your best photograph” – Christopher Makos

“In the days when photographers had contact sheets, you would edit your pictures in a very different way than people do now. Depending on the film, your contact sheets would have 12, 24, or 36 exposures. You would look at all of them and you’d try to figure out which is the best or which picture you want to deal with. I always struggled with that. What I learned through Man Ray’s advice is: when you looked at the contact sheet, what jumped out at you first? Usually, that is your best photograph.

That was the lesson I learned and I obey that rule about everything, not just in the photography realm but across the whole spectrum of what I do with my life: my first impression of meeting somebody, a photo shoot – in general, my first impressions of things. You realise that it’s a waste of time to go back and forth with how you feel about something. I do this with editing my books too. I don’t spend a lot of time back and forth. Just make your decision and stick to it. More than likely, that decision is correct.”

CHOOSE YOUR WEAPON AND MASTER YOUR TOOL

“When the new Polaroid SX-70 came out, I was at the Factory. They came and gave all of us big boxes of film and said, ‘Have fun. Show us what artists do with the film.’

The wonderful thing about a Polaroid was you just saw the picture and realised, ‘Oh, I’ve got this camera. Let me take a picture right away.’ You have to spend more time with the process than with digital photography. With digital photography, it’s justboom, boom, boom. The Polaroid experience will be more thoughtful because the film costs something. When things have a price tag on them, people think about it first before they press the button.

In professional photography, if you were using a medium or a large format camera, there was a Polaroid back that you could put on to the camera so that you could take pictures and you knew beforehand what your picture was going to look like, and that was a great help. It was the same process as the SX-70; the only difference is that the black and white Polaroids came with a little device and you had to put a coating on top of them.

“Andy used a Polaroid Big Shot, which he used for all of his painted portraits. He liked the Big Shot because of the fixed focus. You had to move in and out of the subject matter to play with it. He had so much going on between his publishing career, his art career, his film career, so he could only pick and choose so much within those different categories.

Because of our close friendship and camaraderie, I was able to critique the pictures and say, ‘Do more of this, do more of that.’ He was a quick learner and it worked. It was the right thing for the right moment for both of us. He taught me the art of business and the business of art and I taught him the art of business, in relationship to photography. It wasn’t self-conscious; we were friends and we had the same kind of vision. He loved my energy and my straightforwardness about how I dealt with things so it worked out. Continuity is really important in friendships and in work that we do. We had that, and it really worked for is.”

“The focus of how I take pictures and how I see the world really hasn’t changed but the more I see of the world, whether it’s traveling to China, Kiev, or Vietnam, the more educated my eyes become. When you are more educated you are free to completely experiment.

How I deal with it has changed and it is going to continue to change. I always enjoy that process because I never know what is around the corner because technology is constantly evolving. That’s the wonderful surprise about it all.”

BECOME COMFORTABLE WITH YOURSELF

“With the Polaroid SX-70, you couldn’t hold the camera to take a selfie but they had these long wires with a button that attached to the camera so you could take a self-portrait. As long as you kept the button and the wire out of the picture, it was cool – you could do that. I would take self-portraits just to see what it was like.

In today’s world, people are more comfortable with themselves so that’s why they are shooting more pictures of themselves. People are so interested in themselves that selfies have become the new norm. Also, the fact that you can see the picture right away; if you don’t like it you can delete it and take another one. Someone may think that’s not a big deal, but to control who you are and how people perceive you is really important.”

“Just make your decision and stick to it. More than likely, that decision is correct” – Christopher Makos

ADJUST YOUR WORLDVIEW TO MEET YOUR NEEDS

“If I can’t get a picture of somebody I want to get a picture of, let’s say, Michelle and Barack Obama, that’s okay. It’s out there – it’s everywhere. I knew that I probably could get pictures of them but it would take a lot of time and effort. Instead, I would make sure to know when one of his big events would be, and I would take his picture (though the media, such as TV, newspaper, or magazine).

I don’t have any desire to do that with the current administration because when you take pictures of people and things, you are promoting that image. The idea of photographing the media and media events – it’s because everything is at our disposal, it just how you depends on how you view the world. I view everything as out there at our disposal: for you, for me, for anybody who wants to deal with it.”