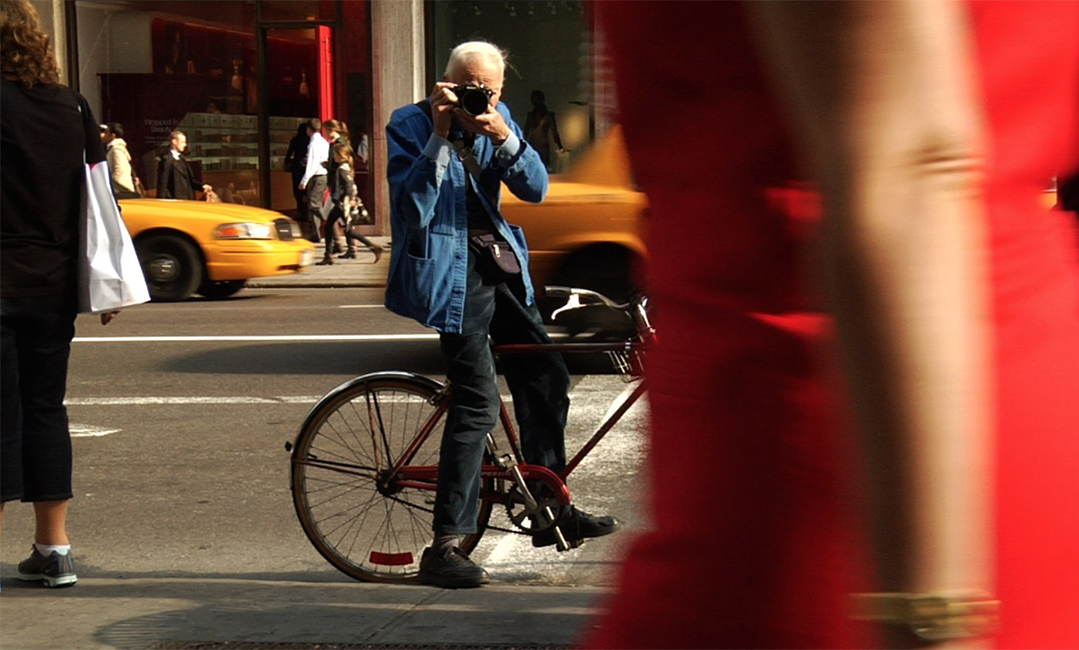 He was reporting weekly the ever changing fashions of the streets of New York for the New York Times. He had a passion for fashion like a teenager and wwas scouring the streets for new trends and creative looks a long time before it was fashionable to be a street style photographer.

Mr. Cunningham was such a singular presence in the city that, in 2009, he was designated a living landmark. And he was an easy one to spot, riding his bicycle through Midtown, where he did most of his field work: his bony-thin frame draped in his utilitarian blue French worker’s jacket, khaki pants and black sneakers (he himself was no one’s idea of a fashion plate), with his 35-millimeter camera slung around his neck, ever at the ready for the next fashion statement to come around the corner.

He didn’t go to the movies. He didn’t own a television. He ate breakfast nearly every day at the Stage Star Deli on West 55th Street, where a cup of coffee and a sausage, egg and cheese could be had, until very recently, for under $3. He lived until 2010 in a studio above Carnegie Hall amid rows and rows of file cabinets, where he kept all of his negatives. He slept on a single-size cot, showered in a shared bathroom and, when he was asked why he spent years ripping up checks from magazines like Details (which he helped Annie Flanders launch in 1982), he said: “Money’s the cheapest thing. Liberty and freedom is the most expensive.”